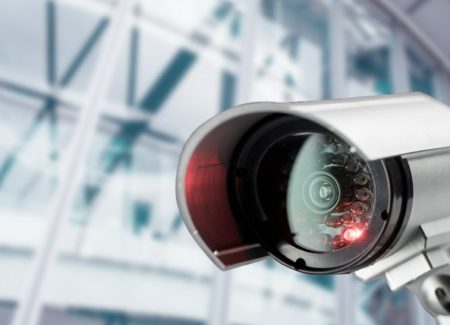 Whether you’re in favor of given up a few freedoms or not, being in public places today means being exposed to video surveillance. From nightclubs, post offices, malls, transportation hubs, airports, train stations, public highways to intercity open spaces, parks and heavily trafficked areas, schools and even stadiums, it’s almost inevitable that big brother is watching and that is probably a good thing. Or is it? Society has decided that better safe than sorry is the new norm so we have armed the police, government agencies and emergency services with keeping a watchful eye on us for our own protection. But the increase of security camera use is raising questions about our communal rights as free subjects in a free society, going about our day to day activities without given someone permission to spy on our movements. Should we be worried that our movements and activities are becoming part of the recorded record and analyzed but officials we can’t see or have any say so in their ability to see us. Where will it stop and if the government has the legal right to surveil us whenever and where ever they deem necessary, where will it end. ESI, Emergency Systems Inc is a licensed commercial and high-end residential security company specializing in CCTV, motion detector video feed and commercial grade video surveillance products. Chances are if you see a video camera in use in the North Florida area rest assured it is in perfect working condition, properly monitored and probably installed by ESI.

Why Have We Decided Security Cameras in Public are a Good Thing?

Cost of Giving Up Our Freedom- Many law-abiding citizens are completely against the use of video surveillance in public spaces. Many feel, that as Americans they have a right to privacy where ever they are in society and CCTV surveillance is a real threat to that freedom. They also feel that if the officials who are hired to protect us believe we are not safe, that they need to come up with an alternative to video cameras. They feel that police should be more visible and therefore available at a moment’s notice to aid someone in peril but that recording the activities and habits of perfectly law-abiding citizens is unacceptable and an invasion of their right to privacy. Many also don’t trust government to use the information they gather for non-political reasons and what would stop an official to use the video record for the wrong reasons. How far is the government willing to go to protect us and are we really protected from people who will commit crimes whether video surveillance is in use or not.

Law Abiding Citizens- If we don’t give up a certain amount of our rights to privacy in the public domain, how will we ever catch the crooks committing crimes all around us. CCTV or video surveillance is an invaluable tool to record, document and even reduce crime because of their presents. A video record aids law enforcement in prosecuting and convicting criminals. To convict a criminal beyond a reasonable doubt is aided by the use of recorded surveillance.

Security First– How much would you pay for your safety to be ensured when you’re out in public. Visible video deterrence prevents many crimes from taken place and when many people at in a particular place, shoplifting, pick-pocketing and muggings are a real possibility. Additionally, with the terrorist activities become so prevalent in our society, cameras give law enforcement a fighting chance to identify possible threats, perpetrators and targets.

Real Time Video Recording– Is it important to catch people in the act of committing crimes that put all of us in peril. A prime exmple is someone running a red light at a busy intersection causing a car accident with injuries or worse. This video will provide valuable information to the officers and victim alike..

Video Surveillance is Here to Stay

ESI, Emergency Systems Inc. is a trusted name in the Commercial and High-end Residential security business. We believe that a secured counter-measure to crime is an effective use of commercial grade CCTV surveillance cameras. ESI has been installing CCTV’s for every security scenario possible and believes that in today’s world of crowded space and dangerous possibilities, it is better to provide real time security than to react to a crime that has already occurred. If you are interested in protecting your assets, employees, customers or family members give ESI a call today at 904-388-3975 for a free analysis of your security needs or visit us on the web at https://GetEsi.com.