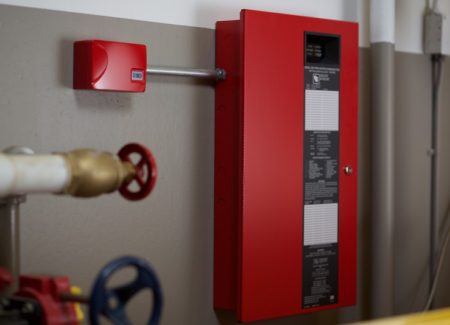 Commercial fire alarm sprinkler systems can be a business owner’s worse night mare. Because these systems can corrode over time it is important to be fully informed about the do’s and don’ts when it comes to properly maintaining your fire sprinkler system. Corrosion occurs in pipes overtime and when leaks unexpectedly appear it leaves business owners vulnerable to property damage.

ESI, Emergency Systems Inc. is a Jacksonville commercial fire alarm specialist that services fire alarm sprinkler systems in a deteriorating state.  It’s imperative that as a business owner you find the right answers concerning your fire alarm sprinkler needs. Inspections and testing is one solution but many times this alone will not prevent a system from faulting.

ESI’s Advice:  Educate yourself on what is occurring to your fire sprinkler systems, and on choosing the right security company for providing maintenance and inspections to your existing systems. Corrosion occurs because of specific scientific reasons and understanding the nature of why this takes place is important, so that as a business owner, you can make the right “informed” decision when it occurs. Many myths exist surrounding sprinkler system corrosion and here are 5 of the most common. Understanding these could save a businessman time and money when confronted with choosing the right solution and remedy to the problem.

This is completely false.

Most commercial sprinkler systems water is supplied by municipalities and even though water chemistry varies throughout the country, most of the water is fresh and clean. Water supplied by private wells need to be tested for corrosive elements before being used.

ESI’s Advice: Fire alarm system’s water can be tested quite simply and inexpensively.

Primary cause of pin-hole leaks in fire sprinkler systems is due to “microbiologically influenced corrosion, (MIC).

This again is completely false.

Oxygen is the main cause of corrosion that occurs in self-contained fire alarm sprinkler systems. The scientific answer is that oxygen expels metals from the walls of the systems piping. This in turn can cause particles to accumulate as solid waste. This internal deterioration of the metal piping causes pin-holes and even bacteria’s have been found inside fire sprinkler systems. Bacteria does contribute to corrosion, causing leaking to occur, but it is estimated that this makes up less than 10% of the contributing factor.

ESI’s Advice: Have regular, routine maintenance performed and fire alarm system flush-outs to reduce the amount of oxygen contained in your systems.

The quality of piping and fittings has been reduced.

This is again false.

The American Society for Testing and Materials standards places its stamp of approval on almost all fittings and piping manufactured today. Defects that arise are extremely rare. Corrosion occurring in a fire alarm sprinkler systems very rarely comes from defective piping. Even fittings and welded seams that become compromised, do so because of oxygen.

ESI’s Advice: Get the facts and hire the right commercial security company whose expertise extend to every aspect of the commercial alarm business.

Galvanized steel is a better source of material than black steel.

Black steel pipe is the only legitimate pipping that should be used when constructing a fire alarm sprinkler system. Galvanized steel is mainly used in dry pipe systems and when used with water will start leaking 3 to 4x faster than black steel, because black steel disperses oxygen corrosion.

ESI’s Advice: If you are considering installing a fire alarm sprinkler system call the experts at Emergency Systems Inc. We only use black steel for our sprinkler systems and can guide you in the right direction if you have a leak with your current system.

Need to replace the entire sprinkler system once pin-hole leaks are found.

ESI’s Advice:  Replace only the piping effected by corrosion. This way you are not wasting time and money replacing pipes and fittings that have not been effected. ESI’s has almost 40 years of experience installing, inspecting and replacing damaged pipes in commercial fire alarm sprinkler systems. We are very competitively priced on all security services and have 1000’s of satisfied customers who will attest to our honesty and professional services.

The Bottom Line Is.

Oxygen is the major cause of corrosion involving fire alarm sprinkler systems. Not pipes or fittings, manufacturers, water supply or the black steel used. Over time, corrosion will occur with anything that comes in constant contact with water. The amount of oxygen trapped in a fire alarm system will have a direct impact on the amount and timing of the corrosion that will occur.

ESI, Emergency Systems Inc. is a leader in the commercial fire alarm sprinkler system field. If you are considering replacing, repairing or installing a new fire alarm system have one of our knowledgeable security specialists give you a quote. ESI is a security leader and we are available 24 hours a day for any emergency situation that might arise. Call ESI. at (904) 388-3975 or visit us on the web at https://Getesi.com